One is struck by an overwhelming sense of the sacred when visiting the Basilica of Saint Francis in Assisi. The question of how a perceptual experience translates into a non-religious conception of the transcendent inspired this series of altered collagraph prints. Geometric forms were distilled from the quirky perspectives depicted in the stage-like settings of the proto-Renaissance art of Giotto and Cimabue. The plates were printed in various combinations and later altered with mixed media. The resulting works reference sensory memory using color, transparency, and texture to evoke an experience of place. 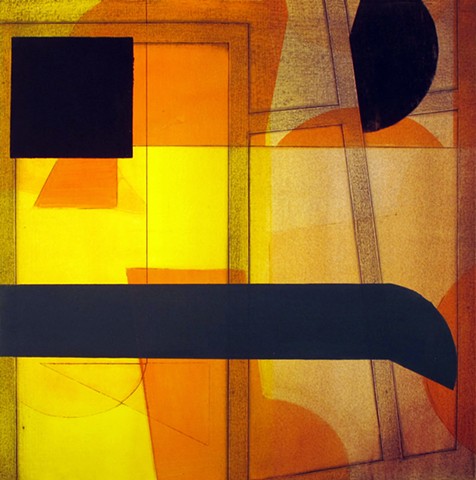 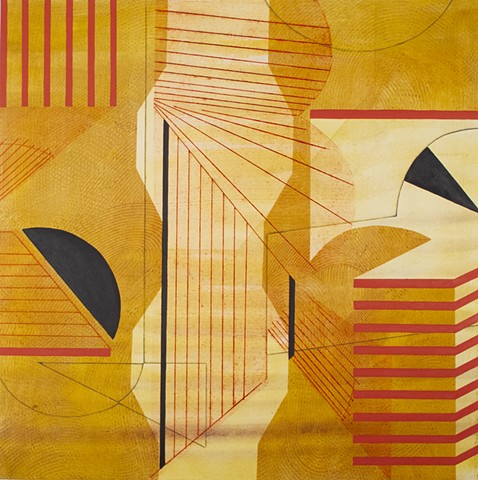 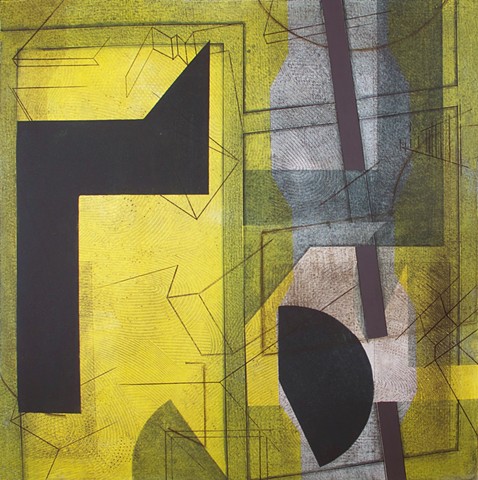 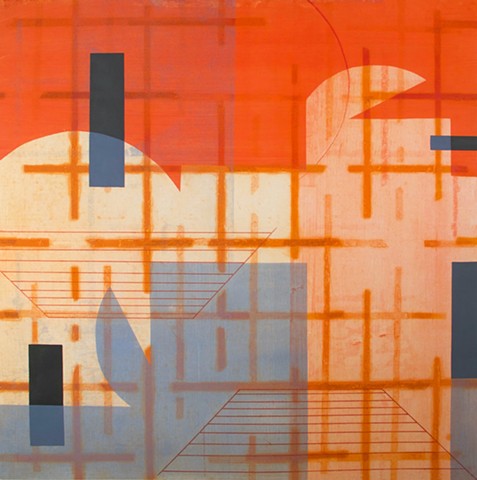 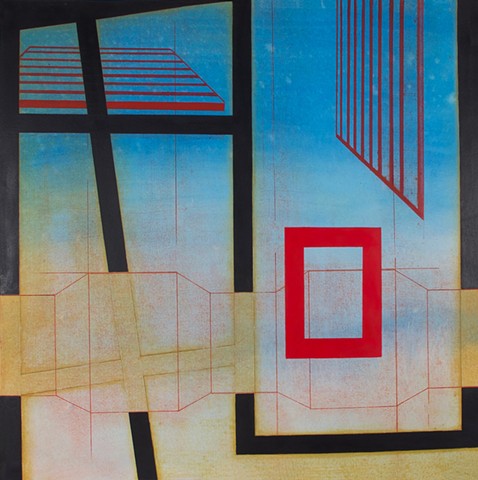 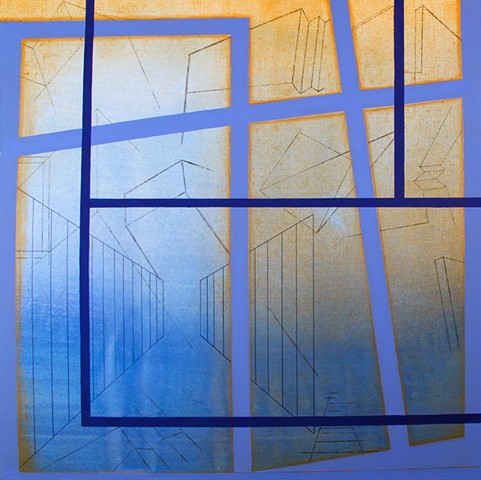 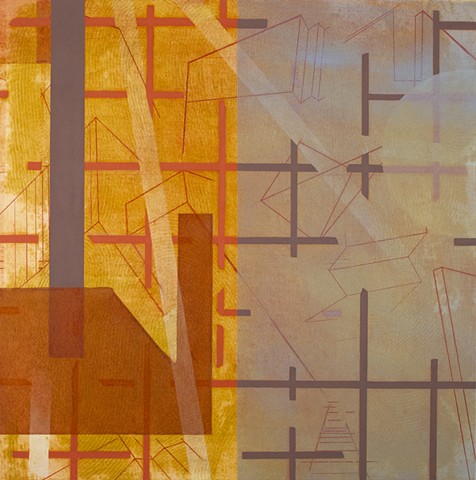 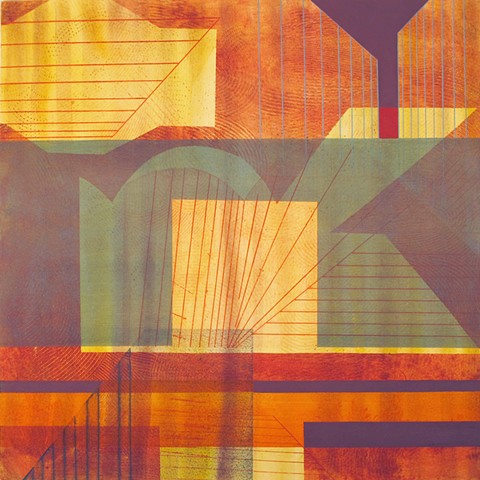 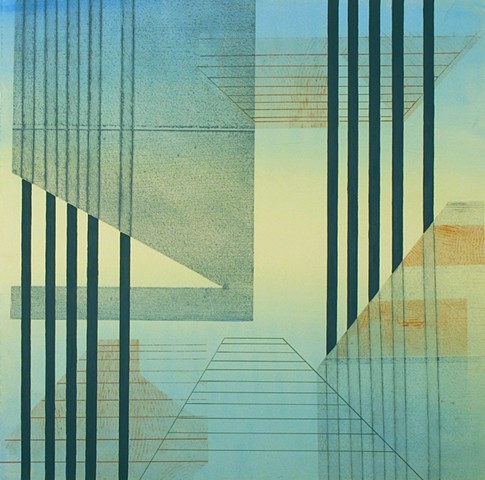 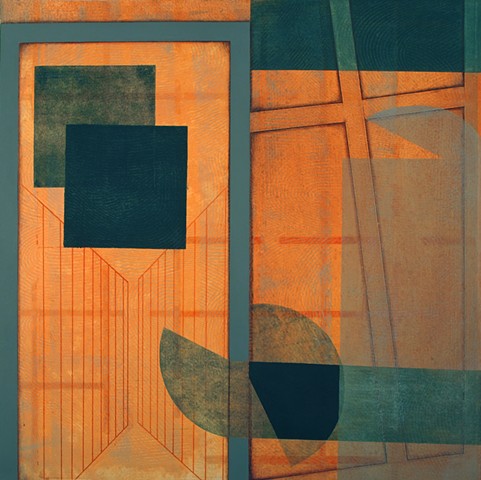 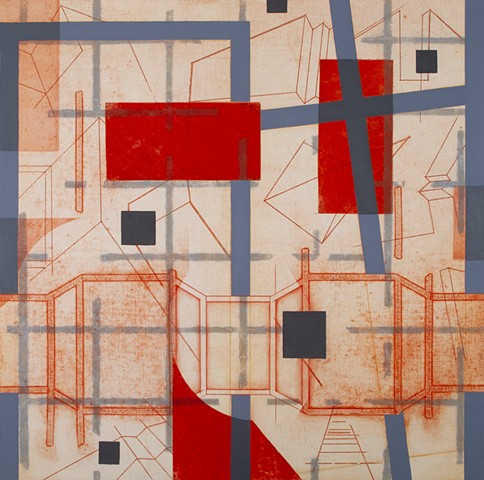 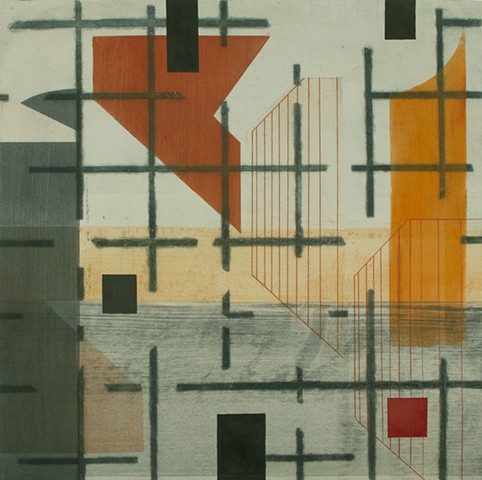 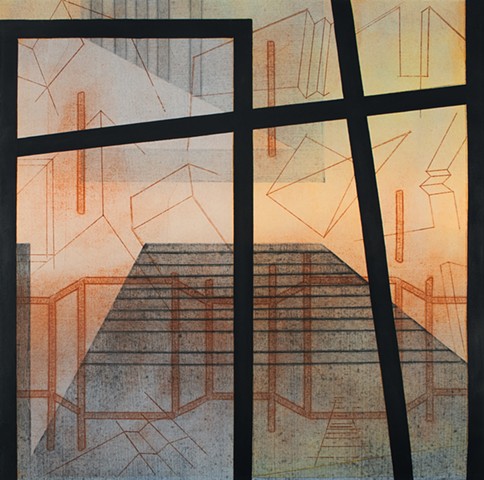 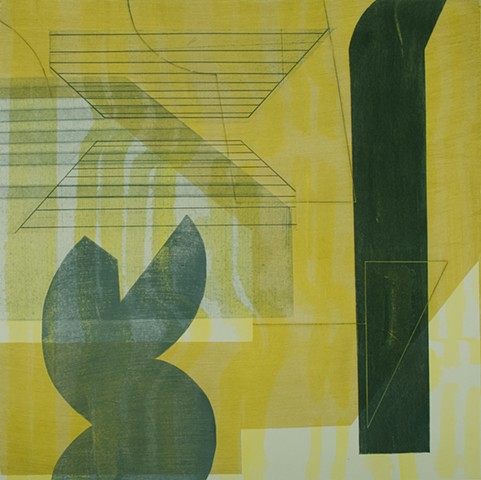 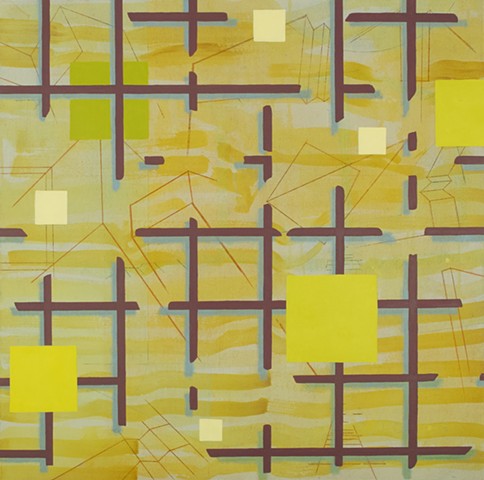 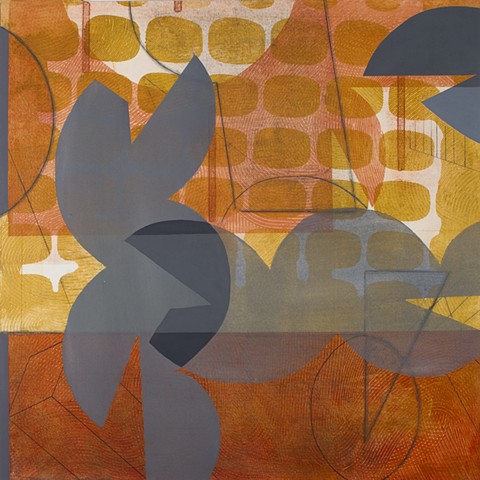 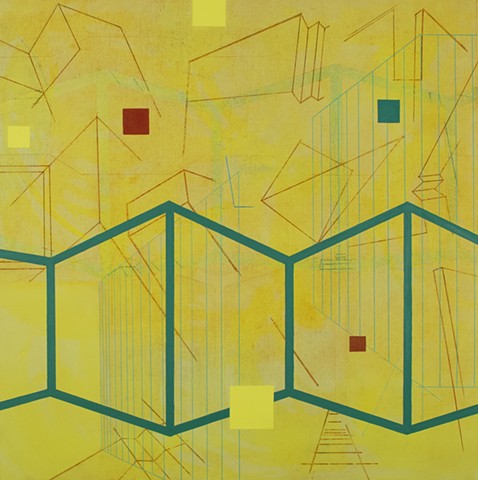 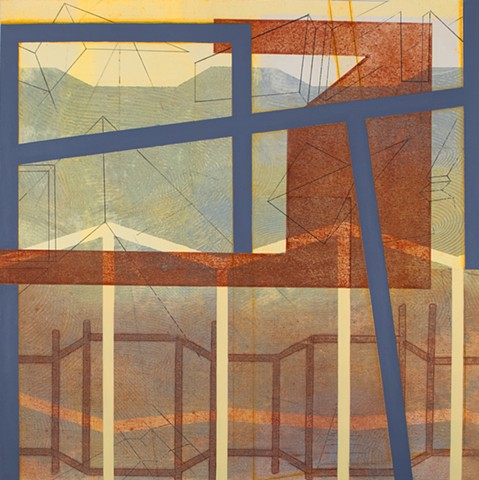 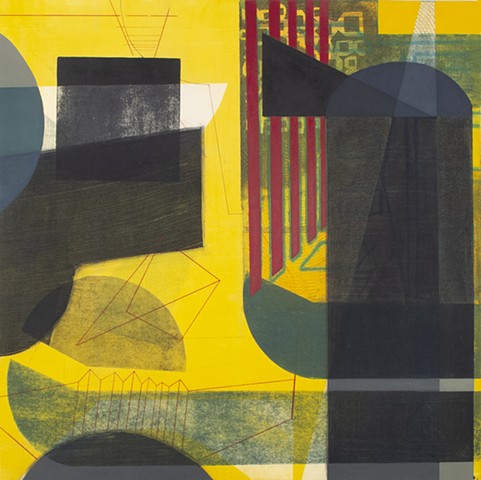 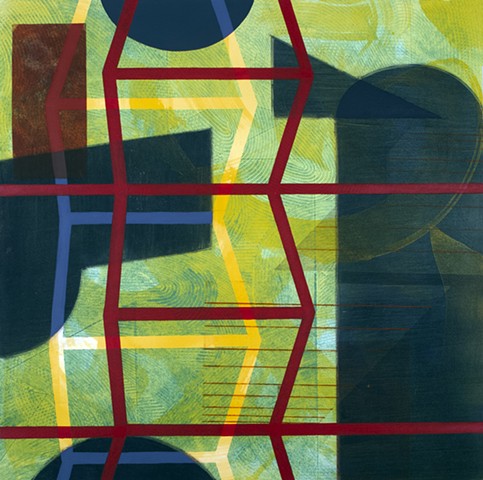 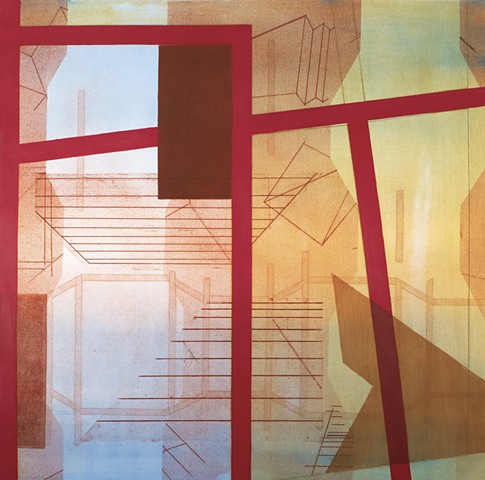 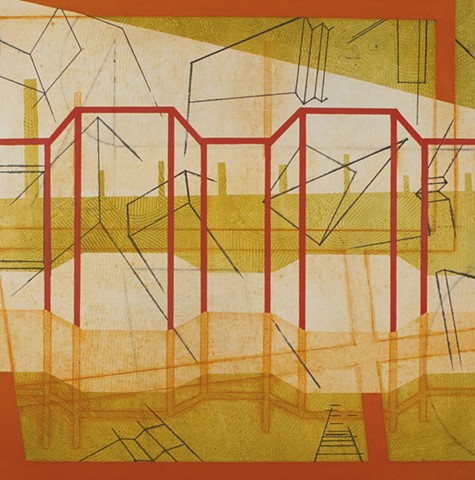 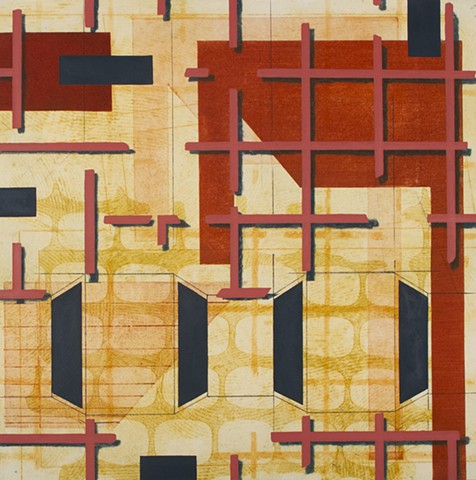 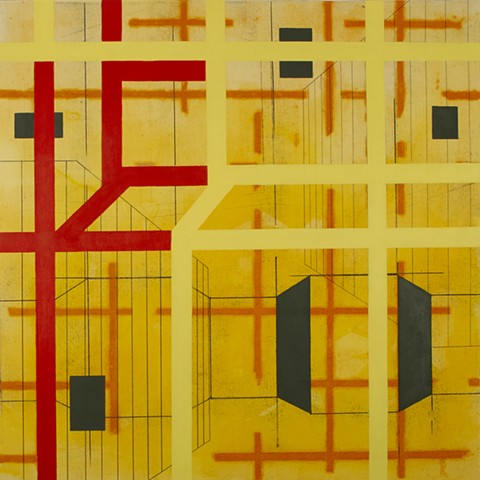 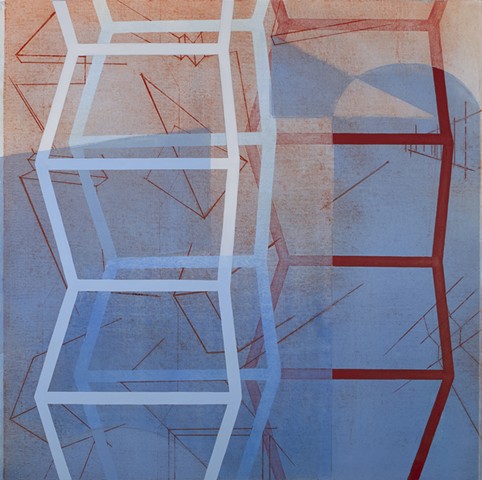 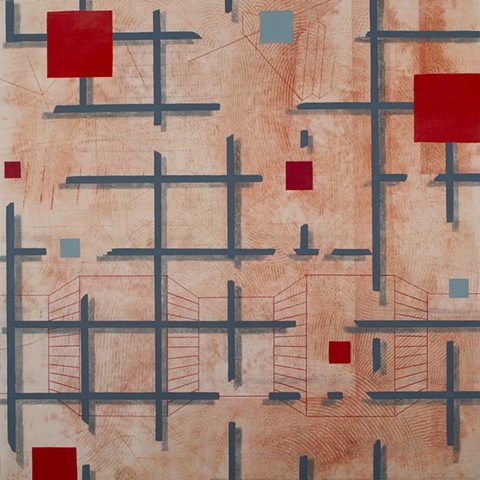 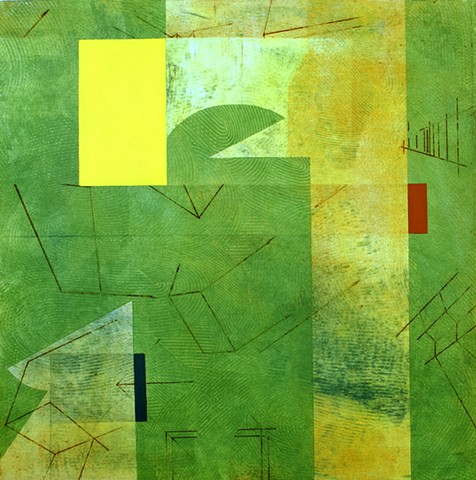